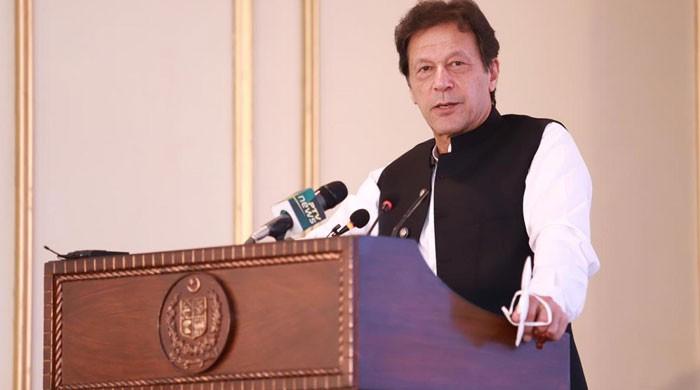 ISLAMABAD: Prime Minister Imran Khan on Wednesday said the reason the country was lagging behind was that planning was made for the elite only, and law let the powerful to slip.

Addressing the signing ceremony of agreements by the Universal Services Fund (USF) to provide the fastest mobile broadband data services in Sindh and Balochistan, the prime minister said the one-sided development that takes place in our country has a bad impact on society. He said the government is working on a vision to develop the neglected areas.

“If we look at the development of the world, when the poorer countries are poorer and all the money is spent in rich countries, money laundering is rampant. Laws also protect powerful countries and do not protect weak countries,” he pointed out, adding that money laundering and other laws are also ineffective against the elite.

The prime minister noted that there was a lot of poverty in Balochistan: The area was largely neglected and left far behind, until the area where the Sui gas came from was supplied to other areas, but that area was in the stone age.

When there was unjust development in the world, he contended, the society had to face it. Unfortunately, he said, it has been the same in our country that English education was given to elite class while the rest were sent to religious seminaries and what was being taught there was ignored. He said that there was a time when great intellectuals used to come from the government Urdu medium but gradually the shops of English medium schools were opened to make money and government schools went further back.

During the speech, Imran Khan said that in the 60s, the world used to set an example of Pakistan, and Pakistan was a role model for many countries, but Pakistan is now lagging behind because what was planned here was only for the elite and small class. At one time, he continued, the best treatment was available in government hospitals, but gradually these hospitals became for the poor and private hospitals for the rich.

The prime minister said “the memorandum of understanding that we have made is a very positive thing and we thought of connecting the backward areas, because we know that connectivity is great for improving people’s lives.”

He said that whenever there was communication in the world, people start coming up. “The biggest advantage of mobile phone is that it educates people in areas where education has not reached them. Many household employees also use mobile phones and some have Facebook accounts,” he noted.

As regards the Fifth Industrial Revolution, he said that modern technology hasa huge role to play, and 4G and 5G will have a much better effect while virtual education has benefited a lot during the coronavirus and now an idea is that it can also be used in areas where teachers cannot be sent.

The Prime Minister emphasized that digital Pakistan is the future of the country, the Ministry of IT is doing a good job but Pakistan still has a long way to go. “We have the opportunity to use our youth, IT and connectivity, so I hope we can increase our exports,” he said.

Meanwhile, Imran Khan directed that special attention be paid to the system of disbursement of energy subsidy in a fair, transparent and efficient manner to the beneficiaries. In this connection, he chaired a review meeting on the progress of ongoing reforms in the energy sector. Federal ministers Asad Umar, Umar Ayub, Muhammadmian Soomro, Finance Adviser Dr Abdul Hafeez Shaikh, special assistants Shehzad Qasim, Nadeem Babar and Dr Sania Nishtar and other senior officials were in attendance.

The meeting gave a briefing to the prime minister on the timeframe set for advancing the ongoing reforms in energy sector and achieving various objectives in this regard. Addressing the meeting, the prime minister said that the energy sector was in deep crisis. He said that the burden of costly power contracts in the past has not only affected the common man and the industrial sector, but also created a mountain of circular debt in an effort to provide cheap electricity, the entire burden of which is falling on the exchequer.

The prime minister directed that with regard to reforms in the power sector, power generation, needs, fluctuations in usage in different months of the year, cost of production, sales and impact on other sectors due to revenue and power rates be kept in view.

The strategy and roadmap, he emphasised, should be determined keeping in view these aspects so that not only this sector could be taken out of the crisis, but also a mechanism can be adopted to meet the energy needs of all sectors in an efficient manner.