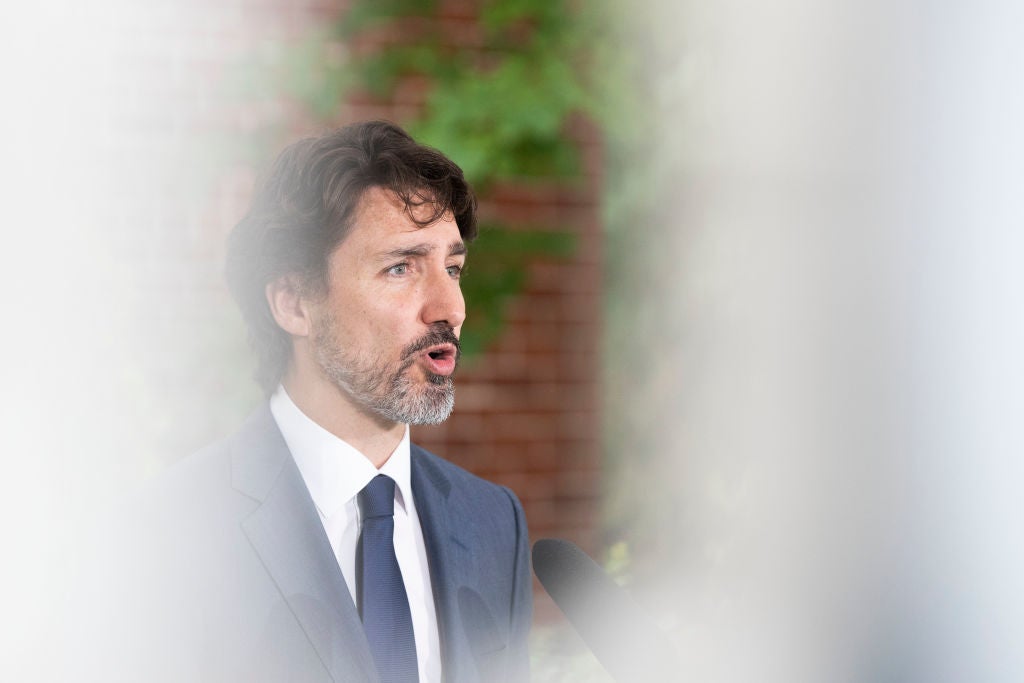 What exactly has happened to Justin Trudeau? In 2015, after a decade of steely Conservative rule, the scion of the powerful Trudeau family offered Canadians “sunny ways” and was rewarded with a handsome majority. Feminist, climate-conscious and outwardly pro-refugee, the 43-year-old was a hit among progressives worldwide.

Today, Canada’s prime minister is almost unrecognisable. Having lost his majority last year, he sits atop a shaky minority government. Three ethics scandals, including the awarding of a massive government contract to a charity with close ties to his family, have undercut promises of transparency. And his recent decision to shut down parliament, torpedoing an ethics investigation, is illustrative, opponents say, of a new-found ruthless streak.

Over the course of a year on the Canada beat, I’ve met a lot of Trudeau’s countrymen. Those who constitute his core base still adore him. His critics, particularly in the Conservative-minded prairies, are vitriolic. The majority of Canadians, it seems to me, just feel let down.

Last week, Trudeau scraped through a confidence vote after parliament returned, cutting a deal with the New Democrats, a small left-wing party. It is a temporary reprieve: lacking coalition partners, he needs the support of opposition MPs to clear every vote, leaving him vulnerable to a vote of no confidence, and a potentially career-ending election, at any moment.

You can trace the origins of the Trudeau brand to the state funeral of his father Pierre, a popular former prime minister, in 2000, when millions watched the boyish Justin deliver an emotional eulogy. Surnames aside, the young Montrealer, whose pre-politics jobs included drama teacher and nightclub bouncer, was shiny and new. In just two years, he led Canada’s Liberal party from the brink of extinction into government.

Legalising marijuana and euthanasia, and welcoming 25,000 Syrian refugees, rightly earned him plaudits. When asked about his decision to name a gender-balanced cabinet, he replied: “Because it’s 2015.” Three years later, he half-jokingly instructed an audience member at a town hall to use “peoplekind” rather than “mankind”, drawing the ire of opponents of political correctness.

Looking back though, Trudeau was always doomed. For in no time, the breeziness that brought him to power collided with the sober realities of governing.

Take the environment. Trudeau won office in the world’s fourth largest oil producer by preaching environmentalism and promising unprecedented levels of consultation with indigenous groups. But with the sector in dire straits, he spent C$4.5bn (£2.63bn) on a vital oil pipeline, angering his supporters. Roughnecks and executives in the oil patch, meanwhile, continued to blame Trudeau for their economic woes. Billions were spent and public anger only rose. Weapons sales to Saudi Arabia, which underpin thousands of Canadian jobs but infuriate his liberal base, tell a similar story.

With Trudeau bleeding political capital, his first conflict-of-interest scandal hit, in the form of a holiday on the Aga Khan’s private island. In 2019, he was again found to have broken ethics laws, by pressing his attorney general to drop a corruption case against SNC-Lavalin, a huge engineering company that hires thousands in vote-rich Quebec.

His third such scandal, which is ongoing, is related to a C$912m government contract given to WE Charity, a youth empowerment organisation that has paid huge speaking fees to members of his family. With Conservatives baying, and three committees investigating, Trudeau prorogued parliament in August. It was a shrewd move, but a political card he had vowed never to play.

But none of these scandals hold a candle to the three times he wore blackface, most recently when he was a 29-year-old schoolteacher.

All this nearly cost him re-election last October, when he lost the popular vote. There was an element of luck, since Trudeau’s Conservative opponent, Andrew Scheer, refused on multiple occasions to express support for abortion and same-sex marriage, leaving many Canadians feeling queasy. “Better the devil we know,” one half-hearted Trudeau voter sighed outside a Toronto polling station. Next time around, Mr Trudeau will face Erin O’Toole, a former air force officer and lawyer, who will be harder to beat.

There is still plenty to like about Justin Trudeau. He has not embraced populism. His Covid-19 response has been impressive and science-based, causing cases to fall in Canada just as they soared in the US. His Covid-19 recovery plan, recently announced, is filled with big ideas. At press conferences and campaign events, I have found him warm, sincere and energetic.

Like many western democracies, Canada has become more polarised in recent years. Out west, where oil is king and many see Trudeau as elitist, his Liberals do not have a single MP. Meanwhile, at a raucous Trudeau rally in Peterborough, Ontario, last year, one young supporter – himself a minority – told me the blackface affair reflected nothing more than the prime minister’s penchant for fancy dress.

His core support, and coronavirus response, may yet save him but a simple fact remains: Canada’s bright young thing overpromised and underdelivered. Five years on, the Trudeau brand looks broken beyond repair.

The Arab Muslim Slave Trade Of Africans, The Untold Story